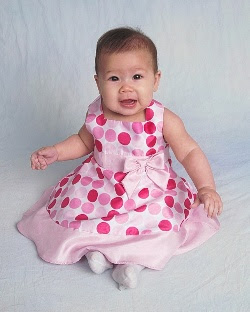 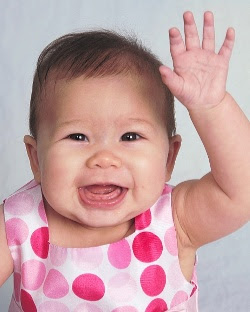 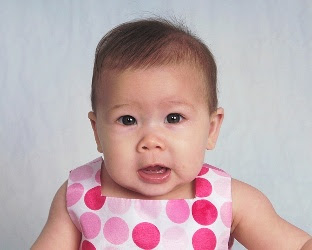 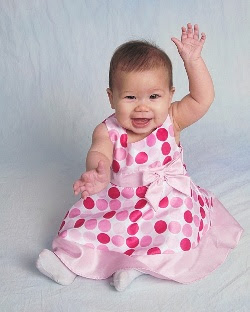 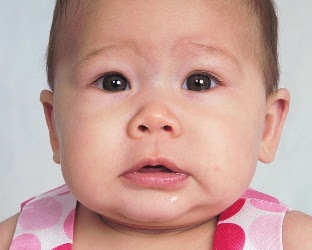 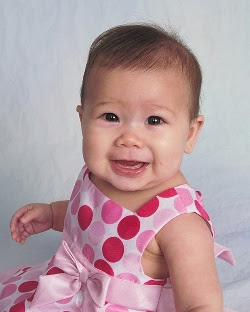 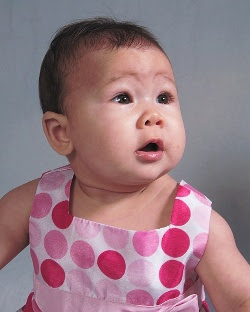 You may notice that any time David is close enough, she grabs at him or is holding on to some part of him. She does this every time he gets close, all day. Most of the time he lets her. 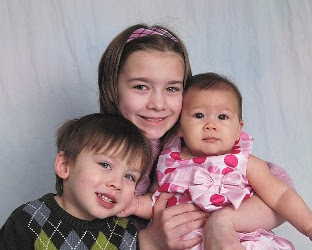 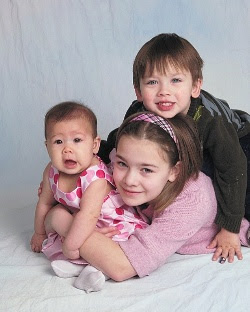 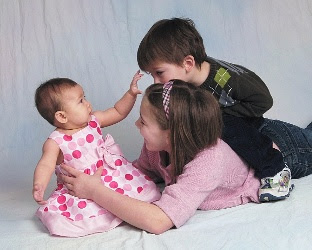 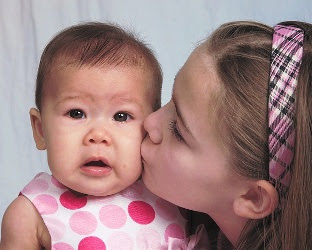 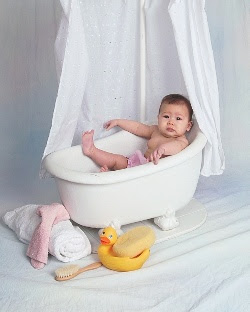 WARNING: THIS POST CONTAINS POOP! CANNOT BE HELD RESPONSIBLE IF YOU SMELL THE POOP.

It had been a long day and it was barely noon. David is sick again and was having a monster fit because he did. NOT. NEED. PANTS. WOMAN!!! And I was pretty insistent that he should at least wear underwear, but his spiderman underwear was in the wash and that was the pair he wanted. Like, the red spiderman underwear was just not going to cut it, you know? What the hell was I thinking? It's Tuesday, it can only be the black spiderman underwear and why the fark don't I know this already? He expressed his distaste for me by throwing himself dramatically across the bed (which he had to climb up on first) alternately wailing incoherrantly and whispering woefully for his "black spideyman undies". Meanwhile, Josie is in my arms smiling away because "Dude! Dinner theater! Awesome!"
And yes, it was sort of dinner theater because she was waiting ( with increasingly less patience) for me to give her lunch. "Yes! Lunch! Let's have some! Woo-hoo!" (I swear one day she's going to be one of those annoyingly perky women I see getting their starbucks early in the morning. You know the ones, hair and makeup perfectly done, all smiles and fast paces wishing you a good morning until you just want to punch them square in their shiny little noses.... what? Just me? I'm really not a morning person. Ok then, moving on.) Yes, she is perky and happy all the time and I don't how that happened except to say that eventually she will turn three and I will get what's coming to me because that's just how it works in this house.
Anyway, lunch. Right. I was getting ready to feed Jo-Jo some applesauce when I smelled it. It was pretty faint at first so I thought that maybe David, with all his wailing and drama queen-ness had farted. But then it got a little stronger as I stepped into the hall.
One of the dogs had pooped in the house. It was now my mission- before feeding the very hungry Josie- to find that poop!
"Yay! A game! I love.... wait. What? You're not going to feed me right now? But I want food! Now! This very second or I shall cry! Very well then, take this... WAAHHHHHH!!!!"
"Look Josie! Paper!"
"Woo-hoo! Paper! Let's party!"
Yes, my other family secret (aside from David's insistence that certain pairs of underwear are worn on certain days) is that my baby loves paper. Screw the playmat, the blocks and the exersaucer, she'll take the Wall Street Journal.
So, on to the poop finding mission.
I walked out into the dining room where Mishka's crate is and wondered how my dog managed to transmit her poop from the backyard (where she was at that moment) somewhere into our house. Hmmm... not likely right? Besides, she hadn't pooped in the house in a very long time.
No, the culprit had to be Auggie, the old man of the house who had very recently taken to letting his bowels loose as he pleased. The dining room was clear and I couldn't smell it as strongly there so I went back down the hallway to check the bedrooms.
I could definitely smell it stronger here but I wondered how our old dog had managed to get upstairs without me seeing or hearing him. Especially since he so rarely comes upstairs anymore. Despite being able to smell it really strong at this point, I couldn't find anything.
Then it hit me! The vents! Auggie must have pooped in one of the rooms downstairs and it was being carried upstairs through the vents! Yes! That's it!
"Paper is boring now. Want food! Want now! Waaahhhhhh!!!"
"Look Josie! A mirror!"
"Oohhhh! Pretty!"
"WANT BLACK SPIDEYMAN UNDIES!!!! AAAHHHHHH!!!!"
Right. There was that too. Fun!
So, Josie and I ran downstairs (or more accurately I ran downstairs with Josie in my arms playing with a little mirror and laughing at herself) to Find That Poop! Because it's such a fun game.
I start checking the rooms. I notice that I can smell it very clearly in the hallway, but not as much in the other rooms.
There is nothing there.
My nose says "POOP!"
My eyes say "NO POOP!"
It is all just to much for my poor little brain to handle.
I sit on the steps, smelling the poop, not seeing the poop, wondering.... Where is the poop??????
I see David's black spiderman undies waiting for the washer, but no poop. I see the sock Bre left on her desk because the 5 feet to the laundry room was just to much for her to walk, but no poop. I see the intricate display of trains that David set up before I asked him to wear pants thus beginning his spiderman-undies meltdown and having to revisit the lecture on what days he requires what colors, but no poop.
Maybe I'm going crazy? I'm smelling things that aren't really there. Isn't that a sign of dementia? Or maybe I'm having a stroke! Just instead of smelling copper, I'm smelling poop! I'm starting to panic. I don't want to smell poop for the rest of my life! I'll become that crazy lady who never leaves her house. She just sits by the window randomly yelling "POOP!" at people and the neighborhood kids will dare each other to ring my doorbell on Halloween because they heard that if you ring my doorbell I'll throw poop at you.
WHERE IS THE POOP?????


"Hey mom, do you think before you feed me, you could maybe change my diaper? My butt is gettin' good and squishy in there and it's really starting to stink. Ooh! That reminds me... Can I have sweet potatoes?"

No pants and I'm an asshole

After much searching and serious effort (read: thank God for Google), we have found David a preschool. There has been much excitement over his starting school (next week) and it's all he talks about (well that and going to a certain amusement park this summer where 'there will be rides and water and maybe you can come too!') day and night.
We wake up in the morning to the same one-sided conversation; "I'll go to school and make friends and learn and write my name and make letters and play and sing and it will be fun and I will not be scared because I am a big boy....." So very glad that he is confident and excited. However, there is a small problem that we have to somehow fix before then.

He has to wear pants.

The only time this boy wears pants is when we go out. To the store, the park, library... and once we are there he is asking how long it will be until he can take his pants off or would it be alright if he just took them off right now?

I give it a week before we're kicked out of preschool.

When David was a baby, he required constant motion to sleep. I do not want to even consider revisiting his sleep issues (especially since they are still there), but I remember trying to put him in his crib to sleep and it just never worked.
So, when Josie was born, I just figured that it was more of the same. Into the swing she went and it worked for the first few months. Last month, it stopped working. I was averaging 3 hours a night and it showed.
Here's where I show you what I gigantic asshole I am.

You know that large piece of furniture previously mentioned? The one with the matress and slats specially designed for babies to sleep in?

Turns out, Josie really enjoys sleeping in it.

Imagine that. A baby sleeping in her crib.

How To Give Medicine To A 3 Year Old

Step Two- Retrieve bottle of children's Motrin from bathroom along with medicine dropper.

Step Five- Wipe medicine that child has spewed all over your face off with washcloth. Note that none actually made it past child's tongue.

Step Seven- Pry child out from under the bed while yelling for back-up.

Step Eight- Have Husband pry child's hands from mouth while you attempt to push dropper past the teeth.

Step Nine- After wiping medicine off of face, hand towel to husband so he may do the same.

Step Eleven- Watch horrified as Husband yells 'NOW!' and then attempts to tackle three year old only to miss and land face first on the floor.

Step Thirteen- Realize that in the midst of Husband's mad tackling skillz, child has run off.

Step Fourteen- Find child hiding under the table, coax him out with promises of cartoons and juice.

Step Fifteen- Wait until child starts to put goldfish in his mouth before popping in the dropper and squeezing, quickly close child's jaw shut and hold until he has no choice but to swallow.

Step Seventeen- Take a victory shower to get all the motrin out of your hair.
Posted by Mrs.X at 10:30 PM 3 comments: