Cause And Effect: Or The Great Peep Meltdown of 2006

I was poking around in the back of my pantry trying to find that peanut butter cup I had stashed on the top shelf when I came across this package of marshmallow peep circa Easter (possibly) 2006. Although really, those things are like Twinkies and it was the top shelf so it could have been more like 2003. I'm not even sure why I bought them. No one in this house will eat them. I mean, they're marshmallows covered in colored sugar that will not melt even when the marshmallow catches fire.
Also they are gross. Really gross. And evil. For where there is one, soon there will be 2 and they will multiply until your house is covered in pastel colored marshmallow peeps. (Side note: We once decorated a high school teachers room in peeps because he hated them. We hung them from the blackboard and stuck them to the walls. They lined his desk and made a path around the room.)
When I had offered a pink peep bunny to Hurricane at Easter he pursed his lips in the universal toddler language of 'oh hell to the no! That thing will never get past these lips, crazy lady!'
So, there they sat. Bright yellow chick peeps.
Naturally the first thought in my head was I bet they look cool when they melt.
Girl has been learning cause and effect in school so she became my cover story for when Joe came home and asked me just what the hell I thought I was doing. Besides, it was time for her to learn the joys of melting things in the microwave. 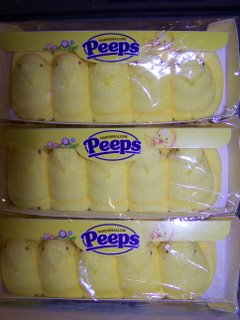 15 little peeps. Safe in their package. Notice the one on the bottom with his nose pressed up against the plastic? He is plotting.
At this point, Girl rolls her eyes and insists that I am imagining things.
So, I set about to prove my point. 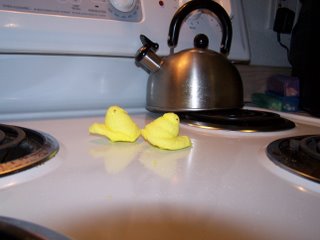 2 peeps, seemingly innocent. Just sitting there in all their fluorescent yellow glory. 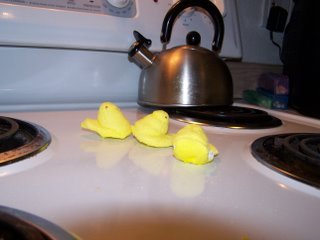 Maybe not so innocent. Now there are 3. 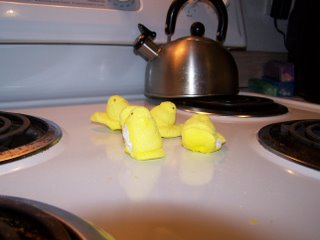 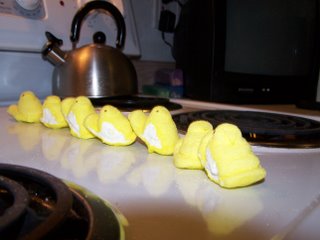 Soon they are lining up all military fashion and plotting their take-over. 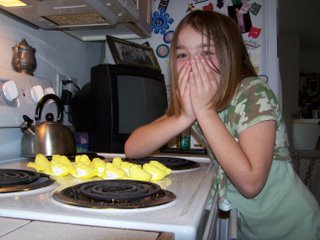 She is now a believer. Or possibly she has just come to the realization that she is genetically linked to me and she is staring into her future and it is scary. Whatever. I'm right. Peeps are evil. 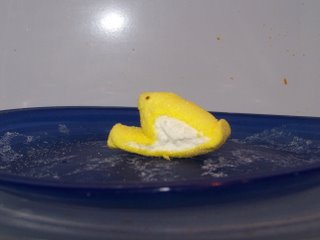 And they must be stopped. 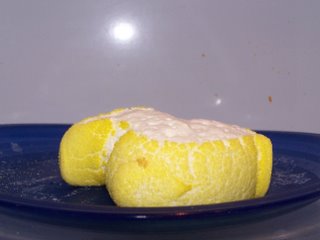 In case you were wondering about that whole cause and effect lesson, here it is.
First came the prediction.
Q) What happens to an Evil Peep Overlord when you put him in the microwave?
Girl's guess was that it would melt. And she was right. Sort of.
First it expanded to about 3 times it's original size after 30 seconds in the microwave, then it shrank back down a little after we opened the door. It still had some of it's shape though.
So, there's the effect. The cause is the heat from the microwave, or according to Girl, her mother's insanity. 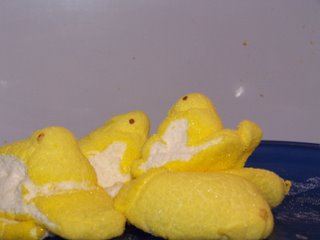 30 seconds did not do enough damage to one Evil Peep Overlord. 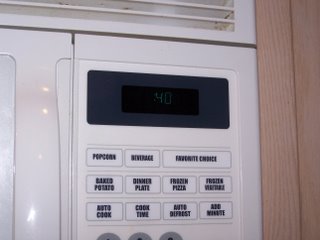 What would 40 seconds do to him and a few of his minions? 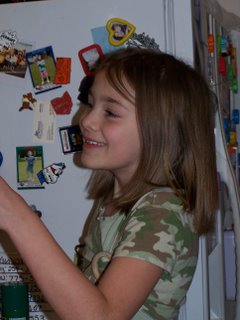 She thinks this is just awesome. Yes. A fine lesson, melting things is cool. 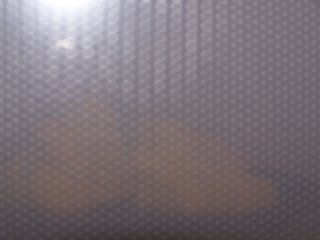 It's kind of hard to see, but they are expanding and possibly still plotting revenge. 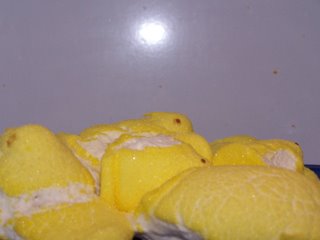 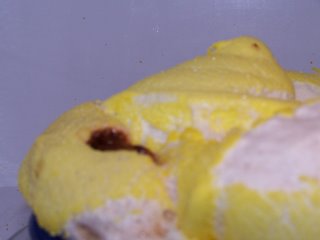 At this point we kind of had to stop because it... um... kind of did catch fire and since this is me we're talking about, I figured I'd better stop it before I burned down my house. All the black spots you see are where it was on fire which of course was also cool. We could actually pick a mass of peep goo up while it was still smoking as long as we held onto the sugar. It wasn't even remotely hot. The guts, I mean, marshmallow was smoking it was so hot. 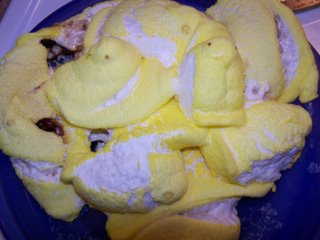 This should set the peep takeover mission back a few hours. 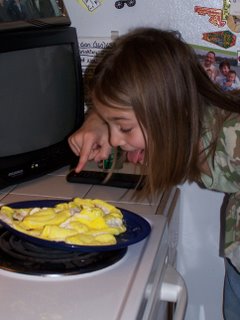