Ok so not exactly day one because really day one was when they got there and then day 2 we went grocery shopping and what is there to say about comparing cheeses in the market?
Right.
So technically day 3: Zoo.
Still boring.
I thought it would be great to spend the day walking about staring mindlessly at animals and maybe making some animal noises and such.

Sadly for us we went on the day that all the animals decided to have a napping contest.
Except the hippos and some of the monkeys.
All the rest? Nothing. Not even a sniffle. The orangutans took one look at us and put a burlap bag over their heads. I am fairly certain that given the option they would have preferred the bags on our heads.
And just to make sure that I understood how much this was a bad idea, the day decided to be much colder than it was supposed to be and I had to buy the kids overpriced sweatshirts. My credit card hates me. Deeply hates me.

From the petting zoo where there were no animals to be pet so we had to settle for petting a fly that wouldn't go away. 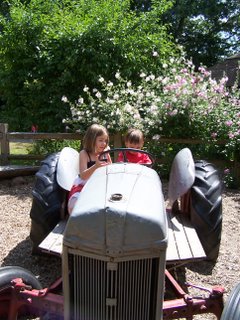 The hippos which actually are hippos and not plastic things stuck in the water in a lame attempt to fool us that we were looking at real hippos as I had always assumed because they have never moved before. (Your welcome for the endless sentence). 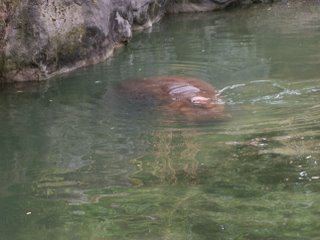 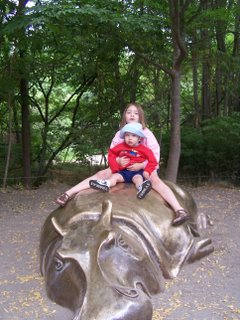 Even the butterflies took the day off. 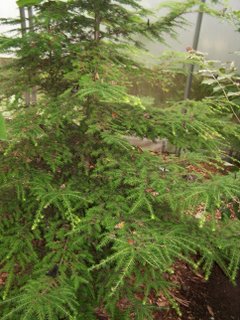 As we walked the trails in search of some non-snoring type animals, we kept hearing this 'whoop'. Loud and obnoxious.

And all too familiar.

Much like the noise I used to pretend I wasn't hearing as my parent's room shared a wall with mine.

Pointing this out to parents proved to be too much and I spent the rest of the trip trying to forget that my parents ever had sex. Ew.

The whooping turned out to be the monkeys. Monkeys which fell asleep just as soon as came over to see them.

I thought we could maybe salvage the day by taking the kids over to the zoo's new playland. Except that it was closed for the day. I guess playlands need their sleep too.

To make the day just perfect, Girl decided to show off her newly honed snarky skills.

I'm still amazed that she didn't somehow end up becoming part of an exhibit.