A few weeks ago we went to the circus. And then I just sort of forgot that we ever went (or more accurately got bored at the thought of writing a post about it and then having someone tell me I'm an evil animal killer because we went to the circus and every year there are people there protesting and trying to hand my kids pictures of dead animals so ick).
I think I would have been perfectly happy to just keep on forgetting, because as much fun as sitting in horribly uncomfortable seats, eating super salty ice cold popcorn and trying to not go blind from all of the flashing lights is, blocking out that memory makes it possible for me to go again the next year when 'Girl' starts begging again (and I know, geez already. What happened to coming out of the blogging closet? But I will get to that. eventually. Probably).
I had a really good lead on the forgetting until Hurricane found the pictures from that day and decided to teach me a lesson. Or at least that's what I think he was trying to do. It's hard to say for sure since he was yelling at me and apparently very angry about the elephants.
He pulled me away from washing dishes, tugging my shirt all the way into the living room. He forced me down by tackling my knees. He dropped the pictures in my lap and began to yell, his little finger pointing angrily at me;
"Un, two, tree NELEFUNNN!!"
His face got red, his lips pouting.
"Yes, that's an elephant."

"You want an elephant?"

"I don't know what Daddy has been telling you but I am not naughty."

He pointed to the picture again.

I looked at the picture.
One.
Two.
Three.

Did he actually count that? Or is this just one of those non-sensical things that would probably make sense if I spoke the language?

"How many ears does mommy have?"

"Yes, that's my nose. Could you please take your finger out of it?"

"I don't have any elephants. They don't make good pets."

He set them side by side on the table and looked at them quietly.

Yeah. Everything is perfectly normal. 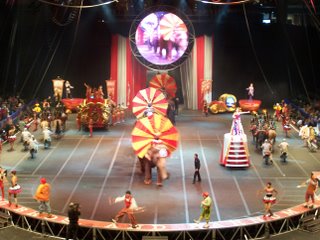 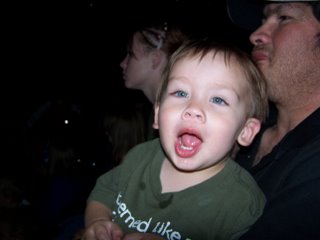 *Yes, that is your first really bad glimpse of Mr X, otherwise known as Joe, or the guy that still does the robot, or the guy who is a really good sport when I sew the leg of his underwear shut solely for my amusement. Hee!
Posted by Mrs.X at 11:05 PM 1 comment: