Ok so it's a little late for an Easter entry but, I'm lazy. So. Here it is.

We took the kids to a friend's house for an egg hunt. It amazes me how many kids you can fit into one house and still have room snake your child's candy without them noticing. 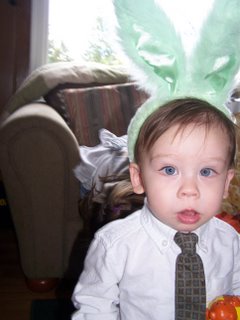 First on our journey to fun was the bunny ears on Hurricane. I caught him with a mouthful of egg and cracker. The ears lasted until just after he swallowed that bite and then he tried to eat them. As soon as he realized that they weren't full of chocolate, he stuck his finger in every deviled egg he could before Mr X could stop him. Please note the ever present Weeble in his hand. Also? See that tie? It's a clip on. Should've been easy right?
Did you read my previous entry? Yeah. It took 7 minutes and 4 arms to wrestle him into that tie. Once it was hooked and he was set loose on the floor, his head spun around ala' Linda Blair and he spit cat fur at us. 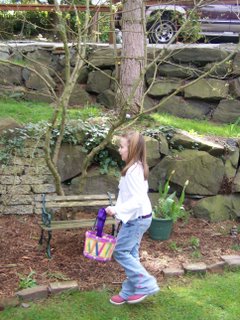 When we were kids; my brothers, sister and I would fight eachother for eggs. I once stole my brother's basket as he tried to shove an egg up my sister's nose.

My kids have inherited none of my oh so charming um..... Competitive spirit. Girl X walked along only picking up the blue eggs because they were her favorite. Meanwhile, 15 kids are rolling down the hill trying to pick up all the eggs we tossed down there because we got bored trying to hide them all.

Hurricane would pick up and egg, shake it and then throw it down the hill. I'm not really sure what he was looking for, but he never found it. Mr X and I tried to show him how he was supposed to put them in the basket. He just raised his eyebrows and tugged at his tie. I think he was trying to say 'Bite me.'

Mr X said screw it and started putting eggs in the basket for him. I said it was cheating since he had helped hide them. He shrugged and asked if I was the Easter police. So I helped. More eggs= more candy to steal from them later. 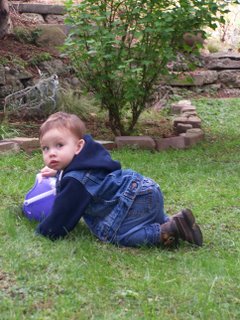 In the end, the kids had fun and we have more candy that we didn't need. 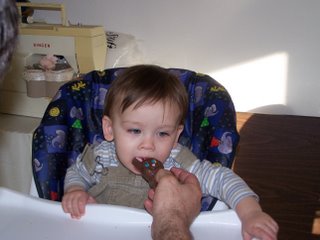 And Hurricane got his revenge on those bunny ears by killing this one.