Yet They Still Love Me

I anticipate April Fool's Day the way my Girl X does Christmas. I plot out little tricks and giggle as I imagine the reaction. I research online for new tricks. I execute them quietly and quickly.
Yes. I am an overgrown child with entirely too much time on her hands. And my family is totally ok with that.
Mr X typically bears the brunt of my jokes and thankfully thinks it's funny too. Girl X did not take the one and only prank I played on her this year very well. She is laughing at it now though.
First, I wanted to cheese his deodorant. For those unaware, You cut off the top chunk of a person's deodorant and mold cream cheese in it's place. Use a string to make little hair lines and voila... instant ick. Sadly, Mr X uses clear deodorant so this wasn't going to work. I was going to use clear jello but that has some problems I have yet to work out. (**If you fill a toilet with clear jello, let it set and then run a think layer of water over the top it makes for a great and potentially messy prank.**) 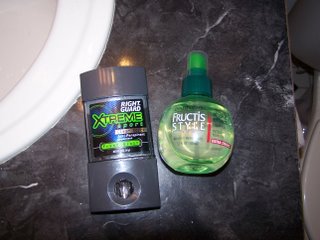 I did have gel thought. Result: Sticky pits.

For Girl X's prank, I took a pair of her sweat pants and sewed them up at the knee. I also did this with a pair of Mr X's boxers.

Girl X had a virtual meltdown over it and we had to make a rule that you could not play pranks on people unless you could also take them.

Mr X.... it was the end of the night. He was not expecting anything at this point. He was tired and didn't even notice that I was grinning maniacally. He tried a couple of times and said something about his 'legs not working tonight'. I? I am laughing my ass off. Even more because it just didn't dawn on him that I had done anything. 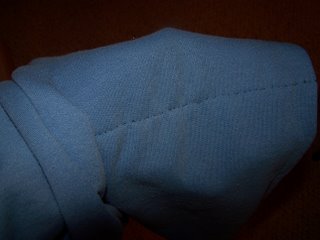 This should have been an excellent prank. And would have been if I had known that Mr X had decided to use a new kind of toothpaste because he didn't like the aquafresh.

First, I glued toilet paper in the top to plug it up. Then, I used a box cutter to cut open the sides along the seam.

He thought it was pretty funny though and squeezed the tube anyway. 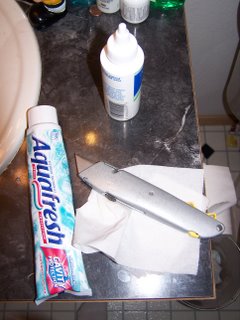 This was simple, but very effective. I simply stuck his toothbrush under water and then poured salt over it.

As he started brushing his teeth, he got an odd look on his face. He picked up the tube of toothpaste (one he'd never tried before) and began reading the ingredients. He was convinced it was the peroxide. 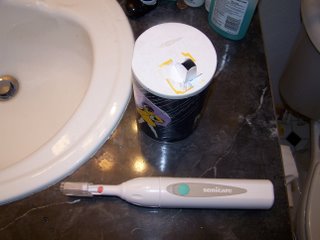