The Quest For A Decent Christmas Picture

Since the kids were fairly happy (read: destroying the house) I thought that tonight would be a good night to take a picture for our Christmas cards. I got Hurricane dressed while Bre changed and everyone was all happy and ready to go.
Until it was actually time to take the pictures.
That was the moment that Hurricane decided he didn't like pictures, he didn't like clothes and who the hell invented shoes because he'd very much like to beat them with his shoes. And pictures? Really? He stuck his butt in the air, his head to the ground and screamed.
And then he screamed some more.

So I did the only rational thing. 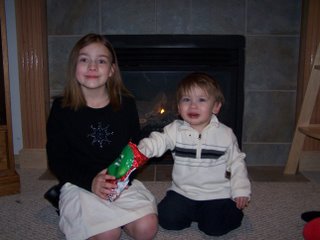 I bribed him with M&M's. 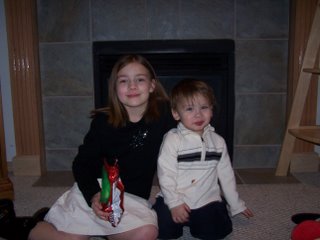 I felt bad for Bre since she had to sit there and just smile no matter what Hurricane did. 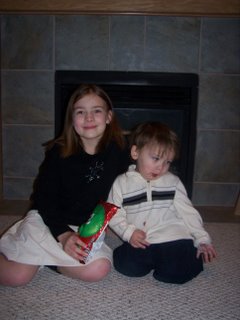 And of course, it wasn't long before he had chocolate on his sweater (melt in his mouth not in his hands my ass). 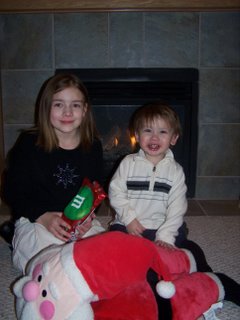 In the end, we went with the first picture I took. It was the only one where he didn't have chocolate on his sweater and they were both smiling. Next year? Photoshop.